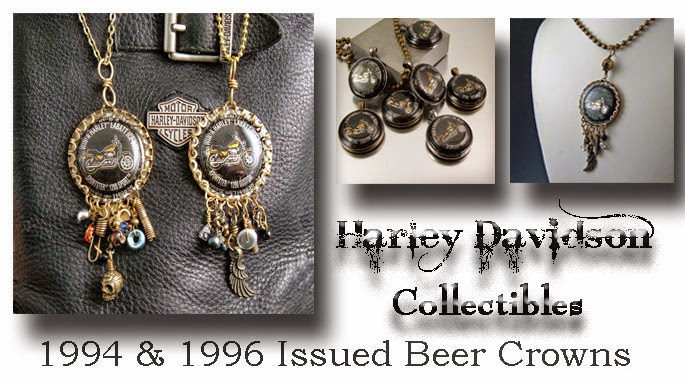 I was luck to find some rouge beer caps from both 1994 and 1996.  These caps are from broken sets of both years.

I've made unique, one-of-a-kind, upscale necklaces and accessories from these caps.   I'll be releasing my designs on April 5, 2014.  You may contact me for availability of particular Harley designs or to reserve your piece.   These jewelry pieces make wonderful gifts for anyone who loves HD.

Once they are sold, they are gone forever.   These are original jewelry designs offered exclusively at OakCityGallery.com .
Julie Teeples Oak City Gallery
Email ThisBlogThis!Share to TwitterShare to FacebookShare to Pinterest